The Como Waste-to-Energy plant (ACSM-AGAM spa) was established in 1969 and has since then undergone several upgrades. Today it is a modern WtE incineration plant with 2 combustion lines processing approximately 90.000 tons waste per year.

For an overview of the plant's history, please use this link.

During recent years  heating value of delivered waste was increasing. This change of waste has caused an increase of fouling in the empty passes of the boilers, and increased temperatures in the superheater areas.

In 2016 the plant requested by public tender an additional water-jet cleaning system and Dublix became the selected supplier with the DD-Jet system. The selection was based on successful references from 2 other DD-Jet system installations in Italy. The DD-Jet system in Como is an outdoor installation, which is operated since October 2016. 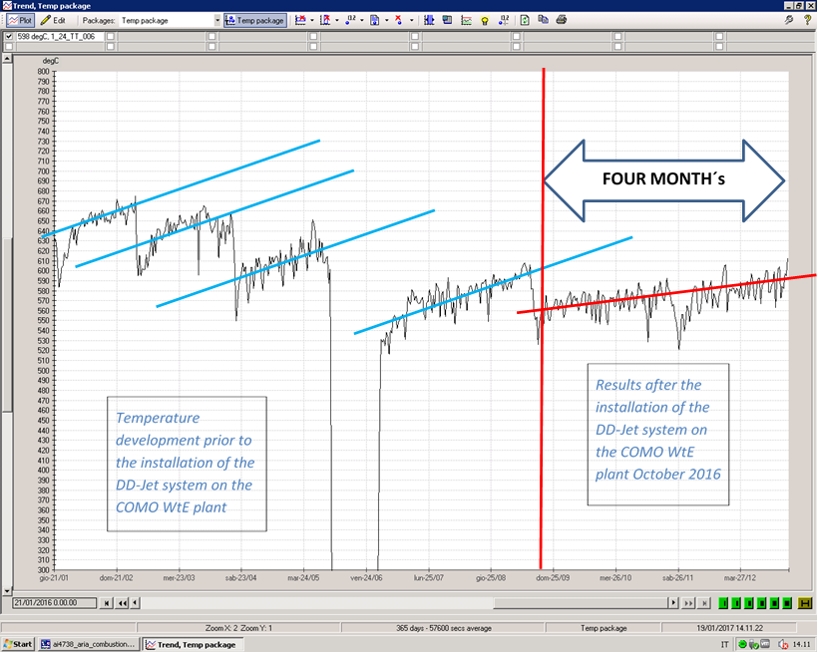